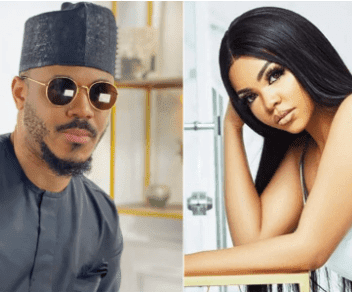 Rebecca Nengi Hampson the BBNaija lockdown housemates simply known in the house by her middle name, 'Nengi'. She is a young Nigerian lady from Bayelsa State. Nengi is an entrepreneur.

The pretty housemate who emerged as the third runner up of the season also had a good run while in the house. During the Pepsi challenge, Nengi and Prince won and were rewarded with N1m and an all-expense-paid trip to Dubai. Similarly, Nengi joined Laycon and Vee to win the sum of N1m and a trip to Scotland during the Johnnie Walker challenge. During the Lipton Ice Tea and peace task, Nengi joined Laycon, Dorathy, Vee, and Neo to win the sum of N1 million. As if that was not enough, the young lady also won N1.5 million alongside Laycon, Vee, Neo, and Ozo during a task by Flutterwave.

Ozoemena "Ozo" Chukwu is a consultant and entrepreneur who hails from Imo State, Nigeria. a contestant in the Big Brother Naija Lockdown reality show. His gentleness and humility are among the attributes fans love about him and not until he lost focus while trying to win his love interest heart Nengi.

Ozo who won himself a brand new car during a challenge sponsored by Innoson. Similarly, Trikytee and Ozo won the sum of N1 million during a Pepsi challenge and an all-expense-paid trip to Dubai. Ozo also participated in a Flutterwave task that saw participants win the sum of N1.5m. After leaving the house, Ozo joined Laycon to win the sum of N500k for their Betway presentation task.