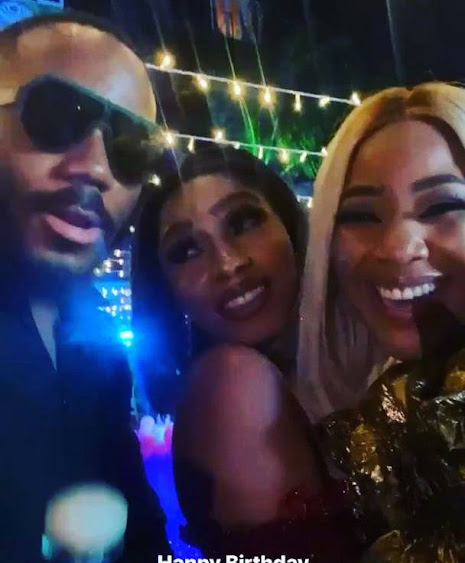 The reality TV star took to her Instagram page on Tuesday, September 29, 2020, where she shared photos of the SUV she got for her 27th birthday.

The BBNaija star, Mercy Eke was widely celebrated by Nigerians and crowned it with a birthday party which other BBNaija contestants, both past and present representing.

The three celebrities Mercy, Kiddwaya, and Erica were spotted having some real fun together in a video spotted online which had Kiddwaya and Erica reigning praises on her for her body shape.

Mercy Eke replying to their praises told Kiddwaya to choke her, a line that was popular in this year’s BbNaija because of Kiddwaya and Erica.

Kiddwaya and Erica at Mercy Eke’s birthday bash, where they were joined by other Big Brother Naija fans.  The couple were spotted in each other’s company stealing glances and looks at each other. Erica also shared videos of herself with Kiddwaya.

The billionaire son and his actress Erica were spotted being all loved up at Mercy’s party and even seemed to be within each other’s sight at every moment. Videos from Mercy’s party made the rounds on social media and fans could not help but notice that Erica and Kiddwaya still very much enjoyed each other’s company.