BBNaija 2020: What I feel for Ozo - Dorathy tells Nengi 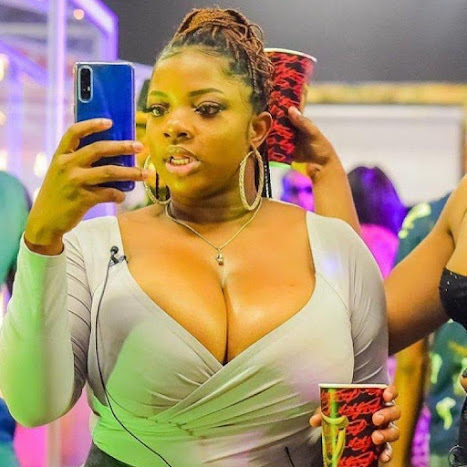 Big Brother Naija housemate Dorathy, a  Delta State born. At the moment, she is presumed to be 24 years old. Unlike most people, she rarely discloses most of her personal information onsocial media, she a fashion and beauty enthusiast.

Dorathy has revealed that her feelings towards Ozo to fellow housemate Nnegi, that her feelongs for Ozo have always been based on a brother and sister relationship

Dorathy in a conversation with Nengi on Wednesday night, said she wanted to clear the misconceptions about the relationship she shared with Ozo, as many may be thinking she has an intimate interest for the evicted housemate Ozo.

According to her, she never had any conversation about she having interest in ozo or any dating talks with him. However, Dorathy mentioned that Ozo made it clear to the whole house that it was just Nengi he had feelings for and was ready to do anything in order to win her love.

Recal that the evicted housemate Ozo in one of his conversations said he prefers Nnegi's love to the grand prize of the BBNaija show 85million of which caused a controversy all over  social media.

Doarthy say,  “We had a brother and sister friendship.

“It never occurred to me that people thought we were in a relationship.

“Whenever we had a conversation, it was always about his sisters and never had a discussion about a relationship coming up between us.

“So it was quite funny when it had to look like the three of us were in a love triangle because I always see Ozo as a brother and never felt anything intimate for him.

“Well, I am ecixted  that we are able to resolve this finally at least and get talking again because it won’t be nice if we continue like this till we leave BBNaija house.