BBNaija 2020: See What Nengi Found Under her Bed While Dressing it. 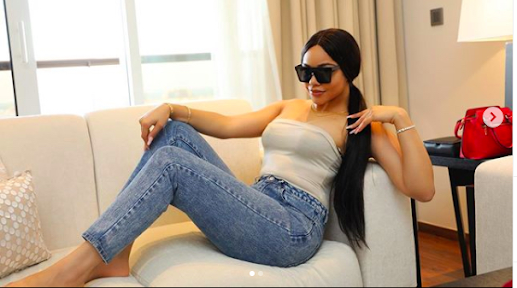 The Big Brother Naija Housemate Nengi admitted she misses Ozo her best friend, who was evicted from the BBNaija Reality TV show on Sunday.

Recall that Nengi hoped Ozo was saved during the eviction show so she will be in the finals with him.

The Big Brother Naija housemate Nnegi stumbled on a photo of the recently evicted housemate, Ozo while she was dressing her bed and it appears Ozo did not want his memory to be washed away even after the exist which he saw coming, thus he left some photos of himself for his love interest Nengi so that she would use it to remember him.

It became obvious that he was willing to lose it all to get Nengi to reciprocate his love despite her constant resistance, he even stated that he prefers Nnegi to the 85million Prize.

One of the actions that drew the most outrage from his fans was when he got himself a second strike for writing Nengi a love letter, which is classified as passing secret messages in the house

However, Ozo had quite a lot of wins as he won several challenges while he was in the house. some of the prizes he won include an Innosson car that he got after winning the Innosson memory challenge, an N1 m cash prize, a VVIP trip to Dubai for the Pepsi One Africa Music Fest, and a year’s supply of Pepsi after winning the Pepsi Lyrics challenge alongside Trikytee.