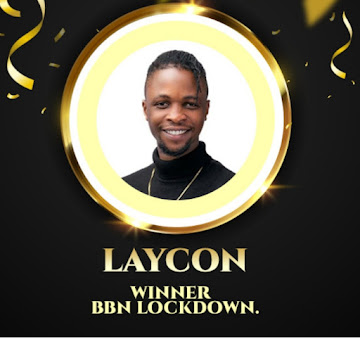 The Big Brother Naija Lockdown season 5 finale is here tonight with all the thrills and suspense from viewers eagerly waiting for the winner to be announced.

The show opens with some beautiful performances from the music band, Cave Men, Magician; Babs Cardini and Fireboy DML who performed some of his hit from his sophomore album, “Apolo”.

After the highlight, Ebuka takes us into the house with Big Brother having his final speech with the remaining 5 housemates and celebrating them specially for making it this far.

The BBNaija presenter Ebuka quickly sprung into action as he announced the first housemate to be evicted on the finale and it’s no other than Vee who looked excited to have made it this far in the show as she left with head held high with gratitude.

After Vee’s eviction, Neo and then Nengi. Dorathy surprising made it to the top 2.

Big Brother announced to the 2 finalists to kindly vacate the Big Brother house as their stay in the house has finally come to an end. With a smile on their faces, Laycon and Dorathy held each other’s hands as they both walked out of the house leaving behind a plethora of memories.

Thereafter Davido and Mayorkun who first performed “Betty Butter” together and Davido performed his latest single “Fem” for the first time on stage.

The BBNaija host Ebuka invited the two finalists, Laycon and Dorathy on stage. Ebuka asked Dorathy to reveal the male housemate she liked in the house and with a little persuasion she mentioned BrightO. Ebuka also asked Laycon about what happens between him and Erica if he regrets anything and he said no.

And LAYCON is crowned the winner of the Big Brother Naija Lockdown season 5.