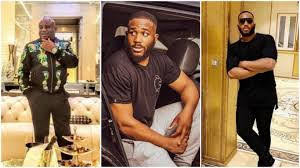 Terry Waya said part of the prize money would be given to charity if Kiddwaya emerged winner of the reality television show.

He disclosed this during an Instagram interview with veteran journalist, Dele Momodu, while reacting to Erica’s disqualification from the show.

“My son does not need BBNaija money, we will give it to charity if he wins,” Terry Waya said.

Erica was disqualified from the BBNaija show for repeatedly flouting house rules and also the billionaire Terry Waya has also promised that Erica will surely be compensated if Kiddwaya wins.