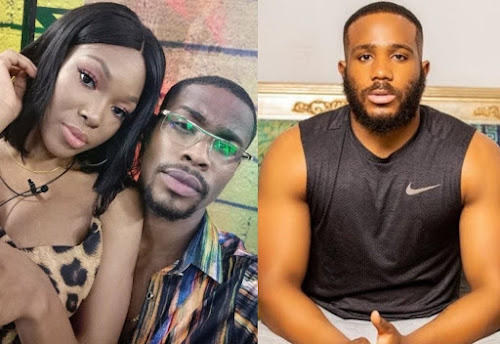 Big Brother Naija, BBNaija housemate, Neo has said Kiddwaya has not been himself since the disqualification of Erica from the Reality TV show.

Erica's disqualification seems to have affected Kiddwyaya emotionally and housemates have noticed it. Recall that Erica was disqualified and asked to leave the Lockdown house on Sunday after flouting several house rules.

Housemate Neo during a conversation with Vee on Thursday said Kiddwaya is really disturbed and emotionally affected by Erica’s disqualification.

According to Neo, Kiddwaya complained to him about not seeing Erica’s picture hung on the wall like other evicted housemates, Housemate Neo got emotionally as well, saying he feels sorry for Kiddwaya as Erica’s disqualification is really disturbing emotionally.

“He complained and was worried why her picture was not on the wall with other housemates that have been evicted.”

Recall that before Erica was disqualified, she was always seen with her love interest, Kiddwaya in the house.