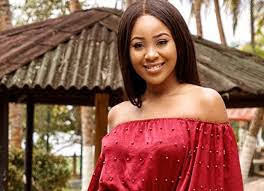 The BBNaija Housemate Erica who won the Head of House Challenge for the week, while speaking with fellow housemates Neo in the kitchen on Wednesday 2nd September confirmed to Neo that she has intimacy with Kiddwaya at the Head of House Lounge and did everything together in intimacy.

The Housemate Erica also stated to Neo "If they show things that happened in the head of house Lounge even me I won't want to watch it...and she started laughing.

Furthermore, Erica has stated clearly that Kiddwaya is just after her body and nothing more and she has stupidly gave in for him on several occasions, Erica has shown her disappointment to the fellow housemate Kiddwaya for taking her for granted. .