BBNaija 2020: Dorathy: "I Will Accept it with My Full Chest if Evicted- Dorathy. 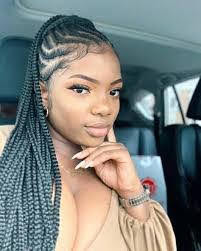 Big Brother Naija lockdown housemate, Dorathy has said that she would receive it in good fate if Sunday happens to be her last day in the BBNaija reality TV show.

Recall that this is the first time the Delta-born housemate Dorathy would be up for eviction.

“So I don’t even know how to think about it. Whatever happens, I’ll accept it with my full chest, Dorathy said.

Asked how she is holding up for the possible eviction on Sunday, Dorathy told Ozo that she will “receive it with her full chest.” knowing she's up for the first time and if  being evicted so be it and accepted in good faith.

She is the only female housemate up for eviction alongside Kiddwaya, Ozo & Prince, and according to her, she is fully prepared for the D-Day.

The four nominated housemates had the highest mentions when their colleagues took turns to nominate two housemates each for eviction on Sunday.

This is coming after TrikyTee beat seven other Housemates to emerge Head of House, HOH for the first time in eight weeks.

He nominated Laycon as his deputy after Biggie gave him the option to choose a deputy that is not necessarily the opposite sex.

Speaking on how she is feeling since Sunday is around the corner, Dorathy said with all seriousness that she will take whatever happens