BBNaija Reality TV Show 2020: Laycon Refuses to Talk with Erica as she Clears the Air. 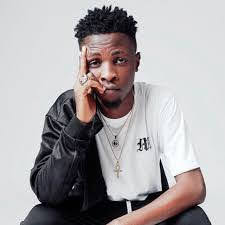 The Big Brother Naija show 2020 edition came with more drama than housemates being evicted from the Reality-TV Show.

The show host Ebuka asked numerous questions that made a contradiction among the housemates, he asked why Laycon went telling people that Erica has tried to kiss him in the house on several occasions. Laycon who was shocked by the question eventually managed to defend himself by claiming that Erica's actions came at different times when she was under the influence of alcohol.

Few minutes after the  end of the eviction show, Laycon was seeing discussing with his coolest pals in the house, Neo and Vee.

According to Laycon Erica approached him after the end of the live show and tried to clear up things with him, however Laycon claimed he told Erica that he does want to talk about the issue.