Nigerian have taken to their twitter handle to blast popular writer, Sugar Belly, for saying Veteran Actor, Pete Edochie is a bad actor. 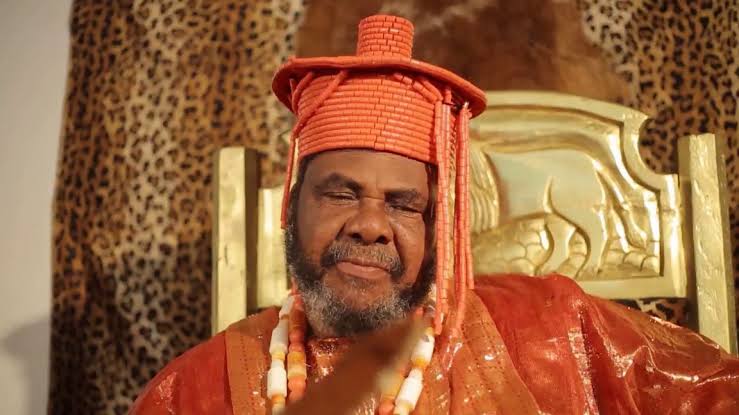 He's been playing the same role his entire life.

But Nigerians live and die by seniority so the older he gets, the less anybody is able to point this glaring elephant in the room out.
— Oscar Winner Sugabelly 🌕 (@sugabelly) November 6, 2019

According to her 'Pete Edochie' has been acting the same role all his life. Nigerians have reacted to this through their twitter handle to show support for him and also slam the Writer.


Enjoy your 20 seconds fame. We all know you want attention. If someone disrespects your father like this, I hope you'll keep same energy?? Things people do for Clout nowadays is alarming 😓
— Joyoncé🇳🇬 🛡 (@Itsjoyonce) November 6, 2019

Omg this is the most ridiculous thing I’ve ever seen ! You clearly haven’t watched half of hos movies! And the ppl that liked this are all stupid !
— Priscilia (TRE) (@Haduphe) November 6, 2019

TBH I never really seen Pete edochie as an actor. Mans a movie star. If you hire Pete edochie for a role, you know exactly what you're getting. There are foreign verisins of this too, like Ian McKellen & Dwayne Johnson, They play whatever character they get as themselves.
— Head Hunter 🇳🇬 🇦🇪 (@Freaky_house411) November 6, 2019

So Pete Edochie should act as a Yahoo boy with tattoos all over his body before you term him a good actor?
Ever seen someone good in his craft? That person is Pete Edochie, no one else comes close.
Man is a LEGEND!!!
— Pepple Medlyn Tonye (@sugarstick4life) November 6, 2019