Burna Boy has won the 'Best African Act' award at the 2019 MTV EMA which was held in Seville, Spain on Sunday, November 3, months after he won the Best International Act at the 2019 BET Awards. 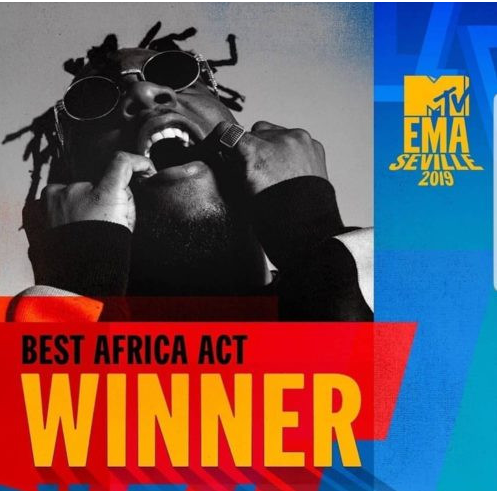 The Nigerian Afro-pop singer was nominated in the same category with Teni and other African acts such as Toofan, Prince Kaybee, Nasty C and Harmonize for the prestigious award which he won at the star-studded event.
This is the second international award the ‘African giant’ as fondly called by fans has clinched this year.
We can only say its really been a great year so far for Burna Boy. Congrats to Him.