Super Eagles Player and Villarreal winger, Samuel Chukwueze has been nominated for the second edition of the Kopa Trophy. 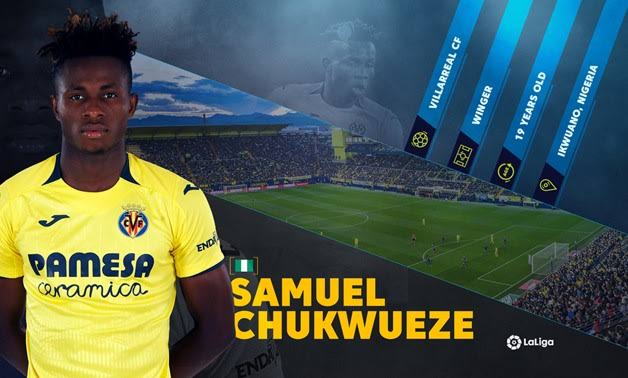 He was named by France Football on Monday night (Oct.21) in a shortlist of 10 players competing for the award.
The award named after former French footballer Raymond Kopa is being presented to the best performing player under the age of 21.
Below is the complete list of the Nominees:
Mattéo Guendouzi