Nigerian Sex Therapist, Jaruma, took to Social media to state that mothers-in-law are the causes of divorce. She made reference to Chioma Rowland, Davido’s wife being lucky not to have a mother in law who will make her life a living hell. 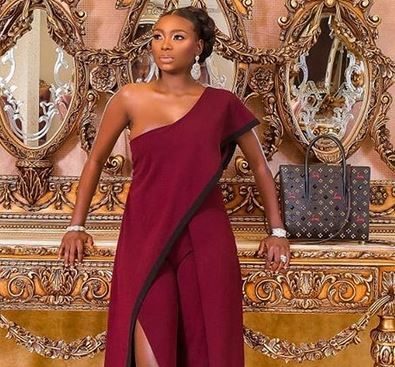 Jaruma’s post which has since gone viral has caused mixed reactions amongst social media users who have taken to their handles to share how they felt.

I dunno why folks still bother attacking Jaruma.
She continually does and says controversial things only cos she knows Nigerians are jobless and are always looking for who to drag.

Her business thrives on publicity and there's no such thing as bad publicity.
— Adunni Adaora Achebe (@Adunni_Achebe) October 22, 2019

Jaruma says mother in-laws are the
cause of divorce, which is very dumb. she also says Chioma is lucky not to have a mother in-law. She's indirectly happy for Chioma that Davido's mom is dead, which is a very stupid thing to say. Many people like Jaruma are mad, few are roaming.
— Zaddy Ajala (@UNCLE_AJALA) October 22, 2019

Jaruma is indirectly saying she will die before her own child gets married in future. After all mother in-laws are the cause of divorce.🤣🤣🤣
— Oluwatosin Janet (@Tosjane_) October 22, 2019

May Jaruma not live long to see her grandchildren. IJN. You're saying Chioma is lucky cause Davido's mother is dead. May you be dead and we'll say your son's wife is lucky cause you died. Big fool pic.twitter.com/kmltkIGouq
— Bee 🐝🐝🐝 (@Funny_Evil) October 22, 2019