My Life is being Threatened, Please I want to Return the Money to You - Duncan Mighty to Rochas Okorocha

Popular Nigerian musician, Duncan Mighty has raised the alarm over a threat to his life after receiving money from former Governor of Imo State, Rochas Okorocha. 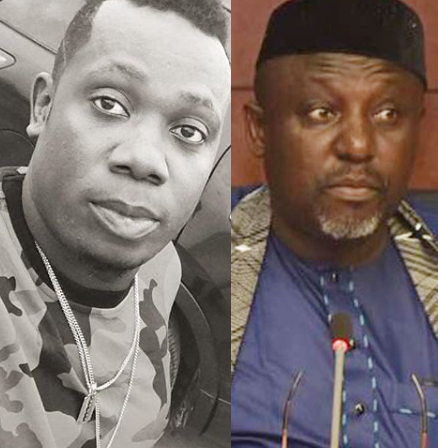 The musician on Friday took to his Instagram page begging to return the alleged money given to him by Okorocha to record a song.
According to him, his life has been threatened since Okorocha allegedly paid the money to him.
The ‘Port-Harcourt first son’, in his open letter to Okorocha, begged to return the money, adding that he has also been invited by the police over the same matter. 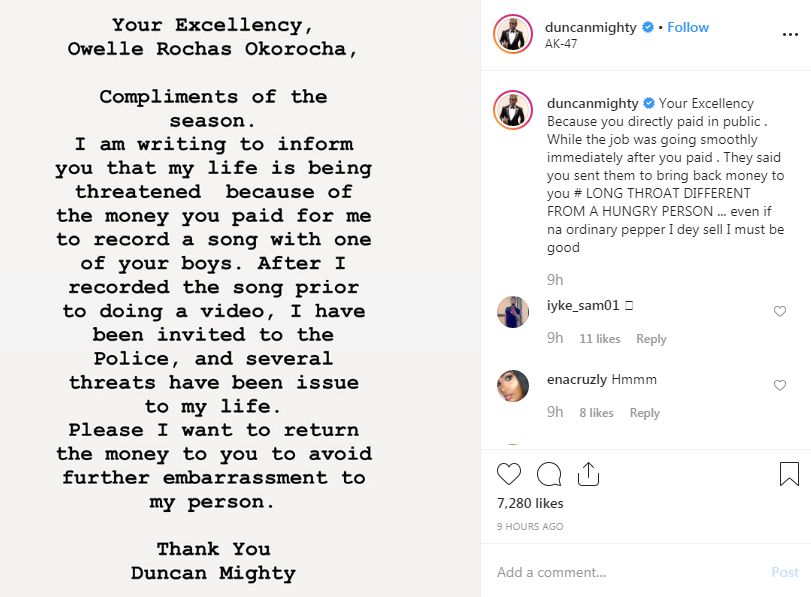