Veteran Nollywood Actress, Genevieve Nnaji’s movie has been nominated for the 2020 Oscars in the category of Best International Film. 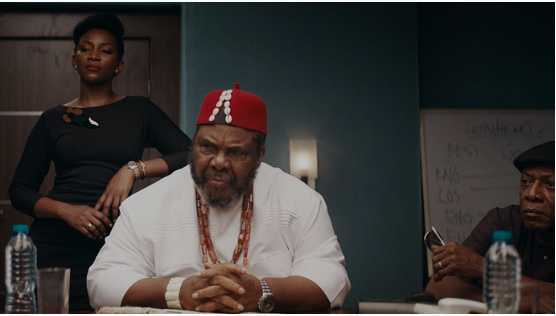 ‘Lionheart’ is the first-ever entry for Nigeria.

Reacting to the news, the Veteran Actress took to her Instagram Handle to say;

The Nigerian Oscar Selection Committee has chosen @lionheartthemovie to represent Nigeria for the 2020 Academy Award for Best International Film! This is the first entry ever for Nigeria. It’s an honor to be a part of such a pivotal moment in the history of Nigerian cinema. A moment we know will be replicated as our stories continue to resonate with audiences around the world. On behalf of the entire LIONHEART team and TEN Productions, we are grateful for this recognition and proud to carry the torch. Thank you all for the love and support thus far. ❤️🇳🇬
A post shared by Genevieve Nnaji (@genevievennaji) on Oct 2, 2019 at 7:12pm PDT

The group announced the selection following a constitutional Screening and subsequent voting of entries received from Nigerian filmmakers at home and in the diaspora.