The Federal Government has instructed Nigerians to be wary of the Cross-dresser and Instagram slayer Bobrisky. 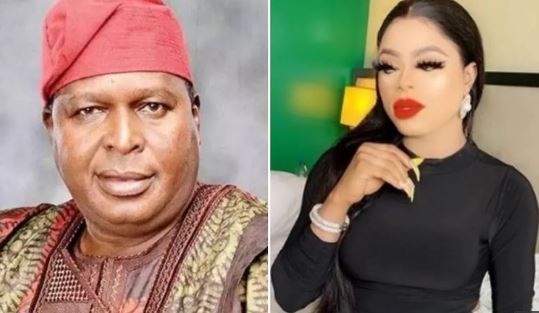 The Director- General of the National Central for Arts and Culture, Otunba Segun Runsewe, has declared Bobrisky a health hazard, saying that Bobrisky is way worse than the disease Ebola Virus.

This warning came as a result of an earlier issue reported claiming a stir caused by Bobrisky at the Nnamdi Azikwe International Airport in Abuja, after he used a female toilet.

He also made an appeal to the leadership of Nigeria Medical Association to further enlighten the people on the dangers of women sharing public toilet with Bobrisky, saying by Bobrisky using public female toilet, he will cause a disease spread.

In his words, “Bobrisky is a serious health hazard for Nigeria and Nigerians. The health hazard Bobrisky has is worse than Ebola virus disease.”

However, Nigerians via Twitter have reacted to the Director- General’s statement. Some people saying that the government should leave Bobrisky alone and focus on the challenges the country is facing, others simply called the FG just being obsessed with Bobrisky. 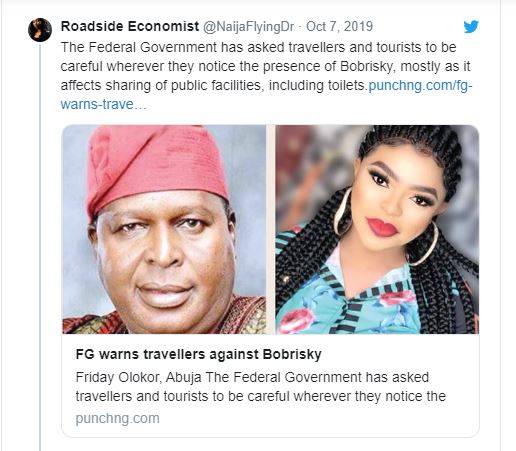 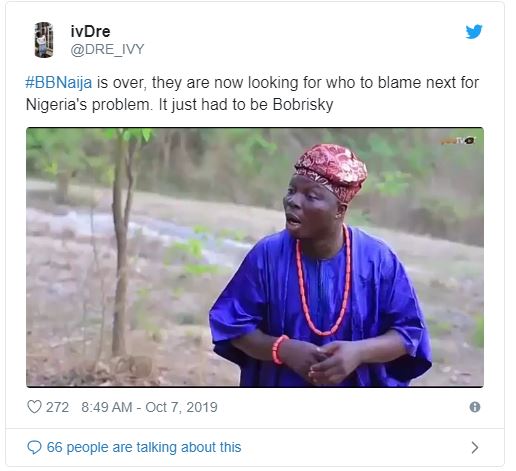