BBNaija: Pepper Dem Stars Frodd And Esther All Lovey Dovey At A Dinner Date With Noble Igwe And Wife 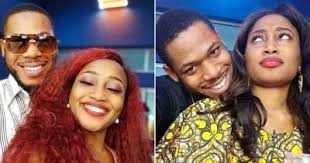 There was an earlier altercation between Ex- BBNaija Housemates Frodd and Esther that happened after a radio interview where Frodd responded to a question about the relationship status between him and Esther, saying he had no plans whatsoever for her, his main focus right now is making money.

Apparently, his response didn’t go down well with his fans or her either. This led Esther to promptly unfollow him on popular photo sharing IG handles.

Well, it seems Noble Igwe has stepped in to diffuse whatever issue the two had by inviting them over to dinner with him and his wife.

Noble Igwe later took to his Instagram page to post pictures of him and his spouse alongside Frodd and Esther. He revealed that they all had a good time. 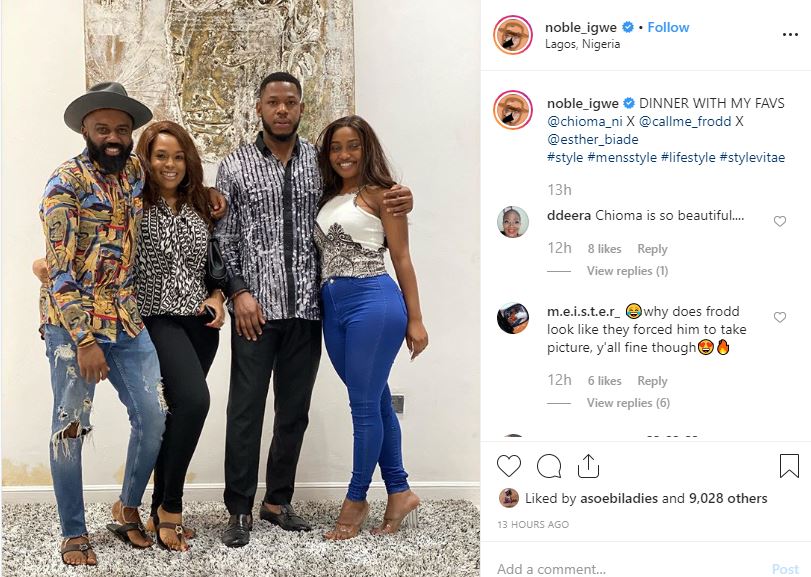 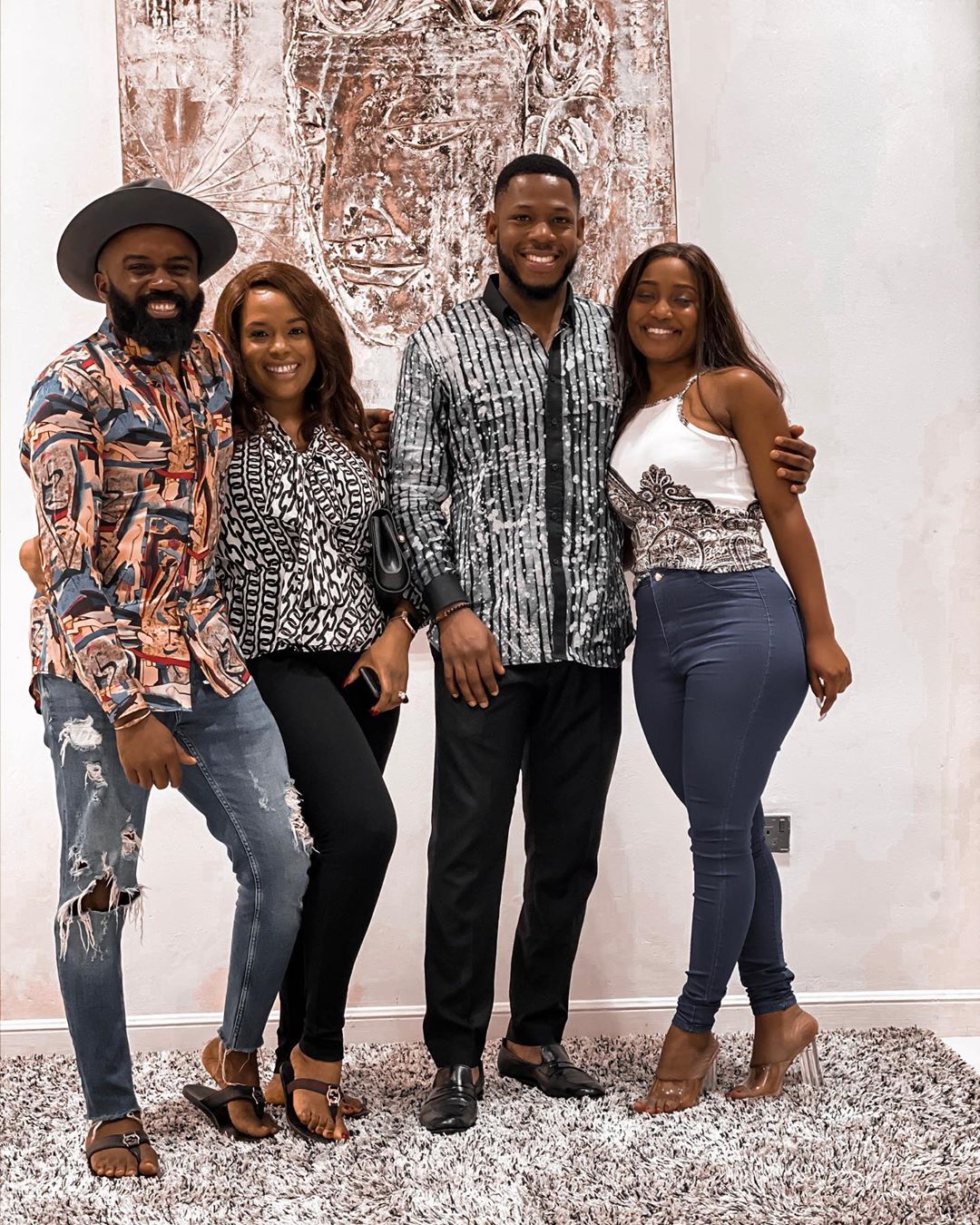