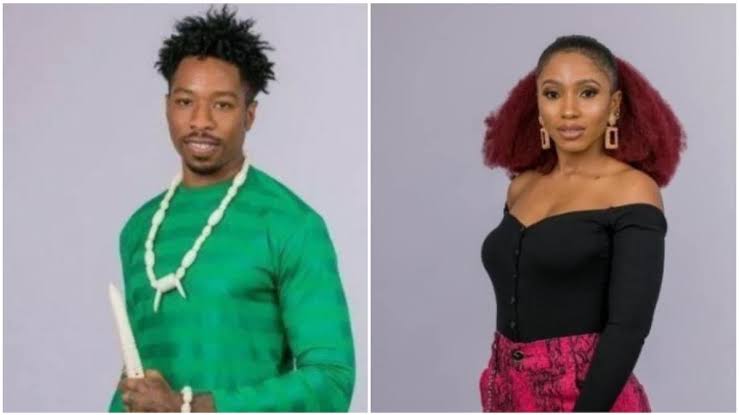 It is known that after an eviction, former housemates are asked series of questions about their experience in the Big Brother house and their next plan and moves after their leave.

It comes as no surprise then that evicted housemate, Ike who had a form of relationship with then fellow housemate, Mercy answers lots of questions on his IG page a few hours ago. The lovable African-American hottie😉, replied to a statement made by one of his fans about his babe.

On the post, the fan firstly professed love for him and went on to urged him not to disappoint Mercy and as a response, Ike said “Never dat” with a ring emoji after that. So I can say for sure that he would not be disappointing Mercy anytime soon and as for the ring emoji that came after?, well, your guess is as good as mine. Finger crossed🤞🏻 though, right?