Mercy and Tacha gets into a Heated Argument-Nigerians React

Two of BBNaija housemates, Mercy, and Tacha were recently involved in a very heated fight. The two were seen exchanging words early morning of Friday, September 27.

Their disagreement started when the HOH Seyi called everyone to come together at the lounge so they can read their task for the day from Biggie’s scroll.

However, Mercy who just finished having her bath came out late for the reading. Tacha who was upset about this seized the opportunity to reign insults on Mercy who was quick to insult her back.

They certainly took the spotlight away from the newly evicted housemate, Cindy. 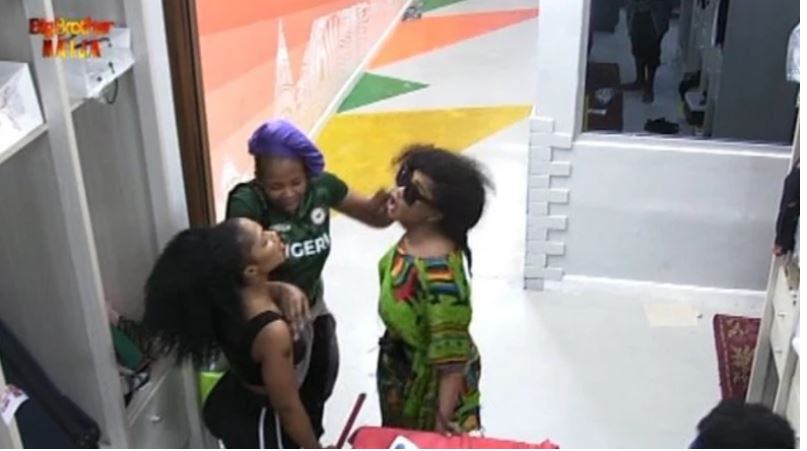 Although, Mercy and Tacha, often seem to have been able to stay away from each other on the show as viewers cannot recall how many times they have exchanged casual words with each other. Well, the two set social media buzzing for negative reasons. Mercy and Tacha were engaged in a very heated word exchange and they said terrible things to each other.

At some point, Biggie had call Mercy to the diary room but that didn't stop the quarrel, Some fans and viewers took to their twitter handles to react to this heated argument.

Mercy ask Tacha if she is a celebrity

Wowww...I swear no know say the fight SERIOUS like this ooo, mercy and Tacha push themselves sha😟