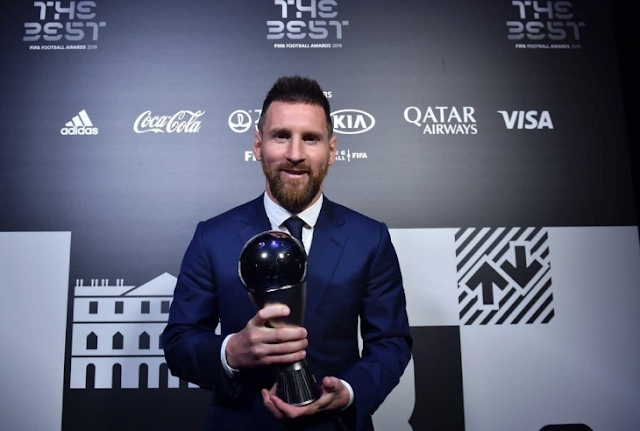 Lionel Messi won the prize on Monday at the Teatro Alla Scala in Milan, Italy ahead of Van Dijk and Ronaldo.

Speaking after getting the award, “It has been a long time without winning an individual prize.
“It is an award that I have for the first time and it is good to have it.”
When asked to comment on Barcelona’s poor start this season, Messi added: “We’ve started badly and are struggling to create play and chances.
“It’s just a start, but we have to respond now. There’s no additional time and we have to develop a lot, we’re cognizant of this. It’s a team thing. I have no doubt that we’ll improve.”

Barcelona began their campaign with a 1-0 loss at Athletic Bilbao.
The La Liga champions, nevertheless, won against Real Betis and Valencia but played a 2-2 draw with Osasuna and lost 2-0 away to Granada.