Khafi has been evicted from the Big Brother Naija House. She ended her will to win the sum of N60m when she polled the lowest votes. 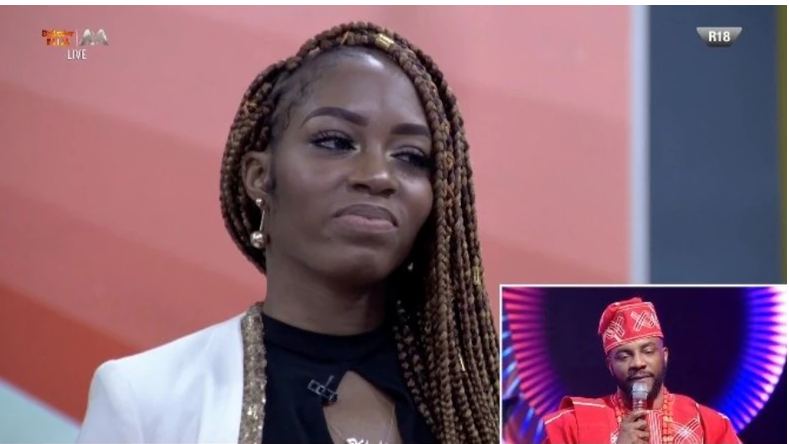 Her eviction was announced after a wonderful performance from CDQ.

When asked on stage who she thinks is gonna win, She replied saying, Tacha.

A new twist? surely we didn't see that coming. Well, the host Ebuka Obi-Uchendu announced on stage that by tonight's Veto Power game of chance will be a really tough one as it will take days before a winner emerges and the winner will be given a title 'The Ultimate Veto power Holder'. And secondly, there wouldn't be eviction next week so stay tuned for more Twist.