Kanye West became Forbes' highest-paid hip-hop act for the first time in his career following the top 20 list for 2019 which was released on Thursday, September 19.

In 2007, Kanye West released a song called “Big Brother”. Indeed, catching on with the mogul’s Roc-A-Fella Records was West’s first big break. Jay-Z even had a hand in coining West’s nickname, Yeezy, which now graces his set to be released shoe line with Adidas.

“There was a beam of light on the idea of me making athletic footwear,” West in an interview Said“A paradigm shift. Like the Yeezy is desired as much as a Jordan.” 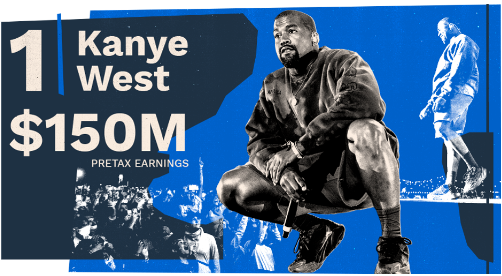 The list which charted pre-tax income from June 2018 through June of this year, had Kanye West whose Yeezy brand is expected to hit $1.5 billion in sales this year coming out on top with $150 million while Jay-Z took the No. 2 with $81 million.