It is no longer news that a sequel to the 1988 American a romantic comedy which featured Eddie Murphy is in the making.


However, Nigerian Afro-pop superstar, David Adeleke, better known by his stage name Davido, will also be making an appearance in the upcoming sequel; 'Coming To America' as revealed by Micheal Blackson in his recent tweet. 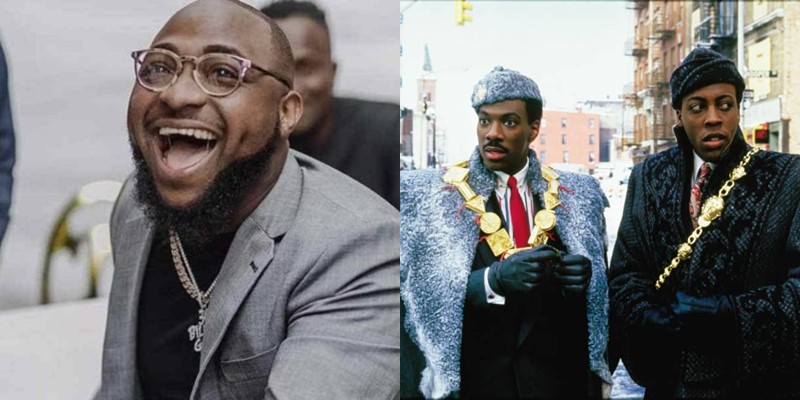 They would be joined by Jermaine Fowler, Wesley Snipes, Tracy Morgan, Leslie Jones, KiKi Layne, Rick Ross, Luenell, Rotimi, Teyana Taylor and Michael Blackson. As they will all co-star in the Craig Brewer-Directed movie.

The events of Coming to America 2 pick up with Prince Akeem as he finds himself on the point of becoming the new King of Zamunda.

However, he discovers that he has a son he never knew about in America a street-savvy Queens native named Lavelle. Honoring his father’s dying wish to groom this son as the crowned prince, Akeem and Semmi set off to America.

At present, the film is scheduled for release on 18, December 2020.