In what came as a surprise visit from Ebuka and Joe from Deloitte. The housemates were all excited but we could tell how anxious they are having Ebuka in the House.

Ebuka started by asking the housemates some questions about what went down in the house as per Tradition.

We didn't fail to notice the intense quarelling between Tacha and Mercy.

Ebuka asked the nominates Housemates to go and pack their bags and slowly, Tacha, Mike, Ike, Elozonam and Cindy went to pack their bags in anticipation for what is going to happen next.

Cindy you have just been evicted from the Big Brother House was Ebuka's next announcement. 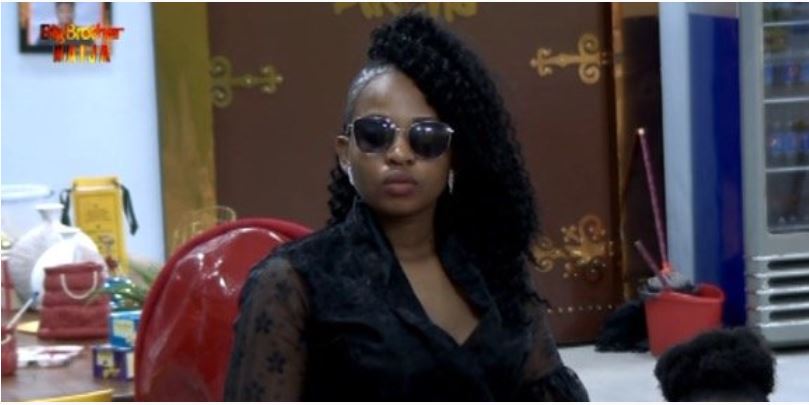 She was evicted on Friday in a surprise eviction, that the organisers of the show announced on Thursday night.

Evictions were routinely done on Sunday nights on the show when the housemate with the lowest votes go home.

Amidst hugs and goodbye from the pepper dem gang, Cindy left the Big Brother's Naija house.

Biggie told Frodd in his diary session on the 26th September, 2019 that his Ultimate Veto Power is still in use.