Chelsea First Home Win Against Brighton In the Premier League

Victory for Chelsea as they won their first home Premier League win of the season.

Jorginho slotted the penalty into the bottom corner after Brighton defender Adam Webster had is controlled the ball and brought down Mason Mount as the young Chelsea midfielder rushed in to take advantage. 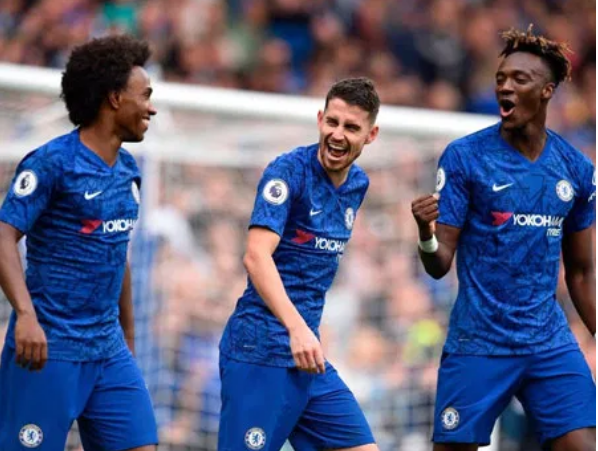 William hit home after a cross-fired ball from substitute Callum Hudson-Odoi in the 76th minute. Goalkeeper Mat Ryan, who had held Chelsea at bay for most of the game was wrong-footed by a deflection off Dan Burn.

Chelsea had 17 attempts on goal in the first half alone but were unable to turn their pressure and high tempo possession into goals.

Mount hit the post from a free-kick and Ryan made two fine close-in saves from Ross Barkley and Pedro. William, Marcos Alonso, and Tammy Abraham also fired wide from good positions.
Brighton was forced to attack after the penalty but failed to make their few chances count.

Steven Alzate had a shot deflected wide and Burn headed down a corner that bounced high and hit the crossbar in the 73rd minute.