Team Cruisetopia and Frodd Up for possible Eviction

In the live nomination challenge held on Monday, August 19, 2019,  The Cruisetopia  team lost out on the challenge, therefore, their teammates have been put up for possible eviction and they are Mercy, Mike, Diane, Gedoni, Jackye, Seyi, and Frodd.

The Cruisetopia and the Icons team went head to head during the nomination challenge as they were told to fill up a small bowl with colored liquid using a spoon while they climbed obstacles.

For losing the Nomination Challenge to the Icons this week, team Cruisetopia faces Eviction, Excluding Esther who is Head of the House. 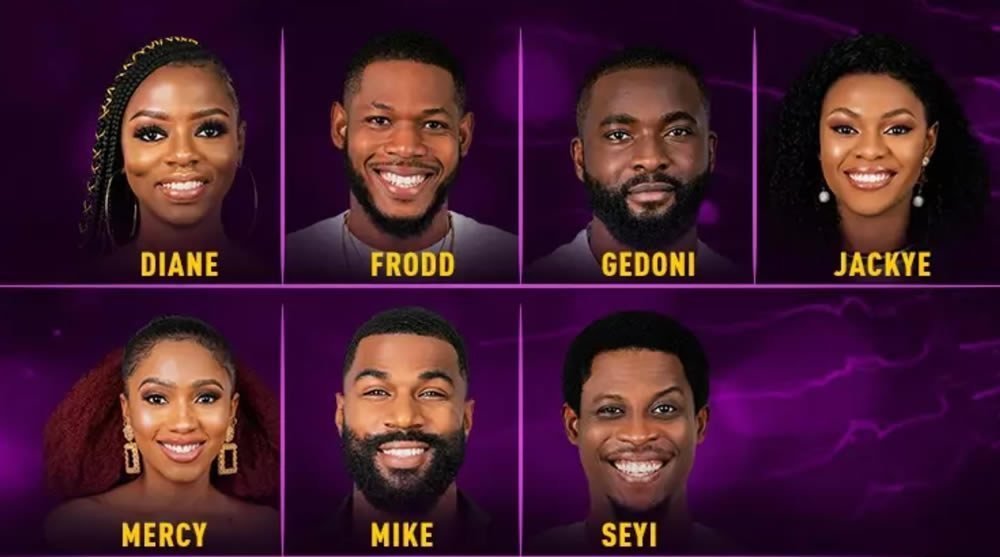 Using his Veto power holder, Elozonam saved Venita and Replaces her with Frodd.

Elozonam's decision to save and replace got fans reacting, Some are saying it was a payback to Diane for not saving him last week while others expressed their joy on his decision.