Cindy and team Legend up for Possible eviction

On Monday, August 26, 2019, on the BBNaija show, another set of housemates were put up for possible eviction.
As is the norm, the housemates who were divided into two newly formed groups, Legends, and Enigma, competed against each other in the nomination challenge.

For the nomination challenge this week three representatives were selected by each team to partake in the challenge on behalf of other team members. Venita, Omashola, and Esther represented team Legends while Seyi, Elozonam, and Cindy for team Enigma.

After the three minutes challenge ended, the Enigma team emerged victorious, leaving the Legend teammates up for possible eviction. 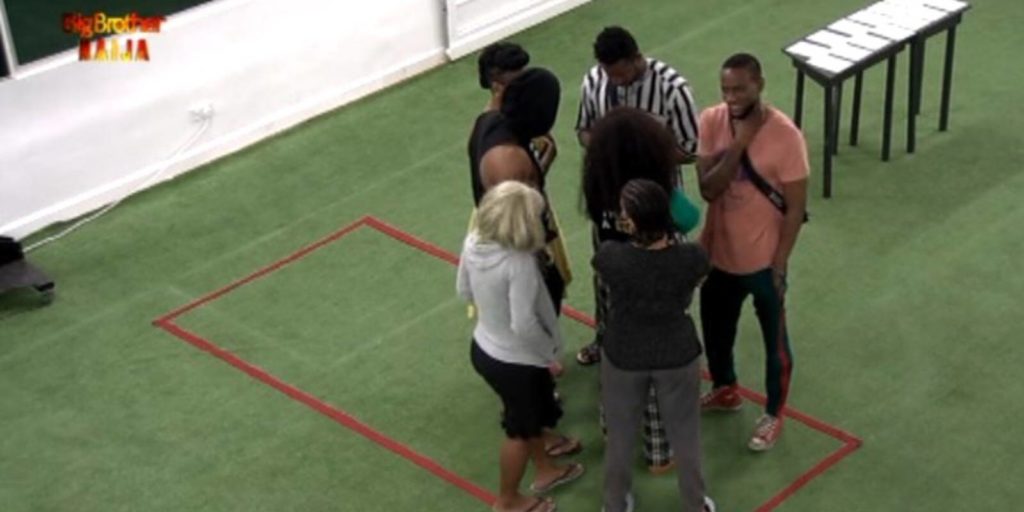 The veto power holder for the week, decided to save Omashola from the Legend team and he put up Cindy.

Khafi was also saved from nominations due to being the Head of House.