Ella and Kimoprah 'evicted from the Big Brother Naija house

Five housemates were nominated for possible eviction on Monday, July 8. They are Tacha, kimoprah, Sir Dee, Ella, and Frodd. But since Frodd Had the power to save himself and replace with another housemate of his choice because of the Veto power card he won earlier in the game, he replaced himself with Mercy.

Before the eviction announcement, the atmosphere in the BBNaija house was Tensed and it was evident in the housemates even though they tried to hide their uneasiness 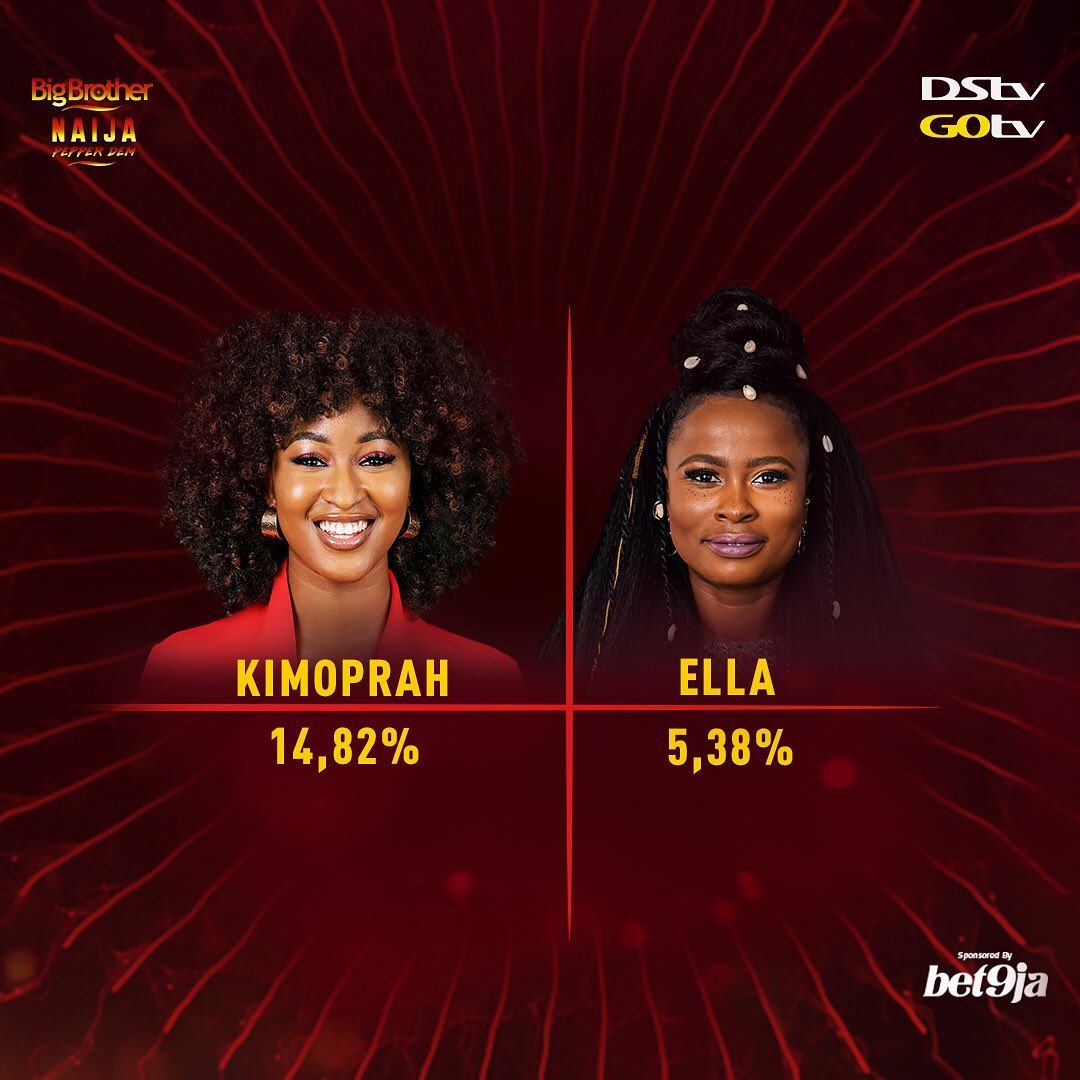 The first housemate to be evicted from the Big Brother Naija ‘pepper Dem’ show is Ella. She has the lowest vote of 5,38% and when asked how she felt she said "I feel sad but what can I do?

It also came as a surprise when we learned that there will be double Eviction because Ebuka said it’s only one person that is going home, but you never can tell what Biggie has up in his sleeves.

The second housemate to be evicted from the Big Brother Naija  ‘pepper Dem’ show is Kimoprah. She has a total vote of 14,82% Which came as a surprise.

Also, Ebuka raised the issue of Jackye accusing Tacha of being a “witch” and her response was that “it was an assumption due to the fact that she wore a bracelet on her Ankle” However Tacha denied bringing jazz into the house, adding that it’s part of the brand she sells on Instagram.

Frodd was asked why he replaced himself with Mercy, he replied that Mercy is a very nice Lady but he wanted to put her to a test. But Mercy’s point of view was that he nominated her because she did not agree to date him(Frodd)

They fought a good fight, but it just wasn’t enough to keep them in the house. 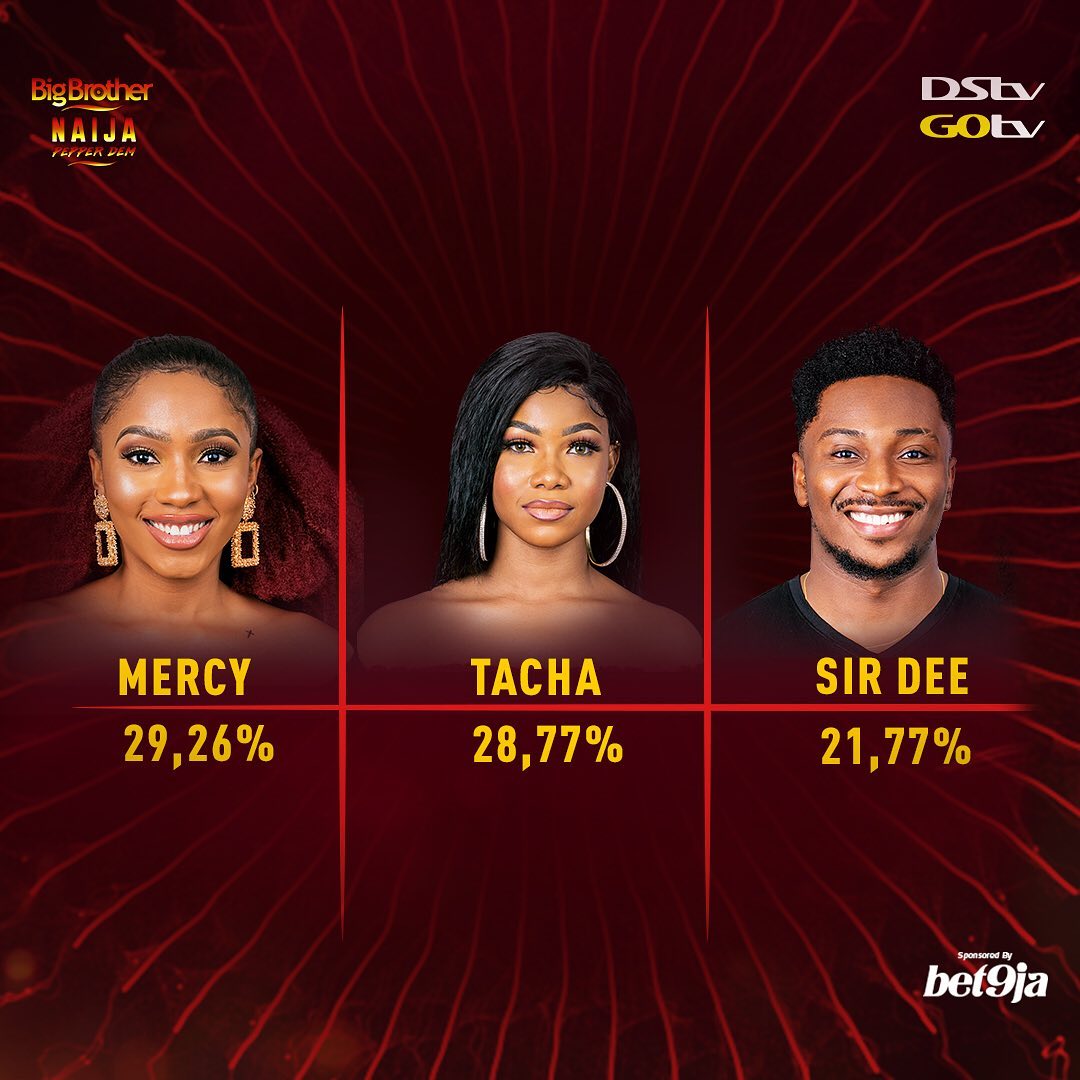 This how the surviving housemates did. Mercy taking the lead with Tacha followed closely by Sir Dee