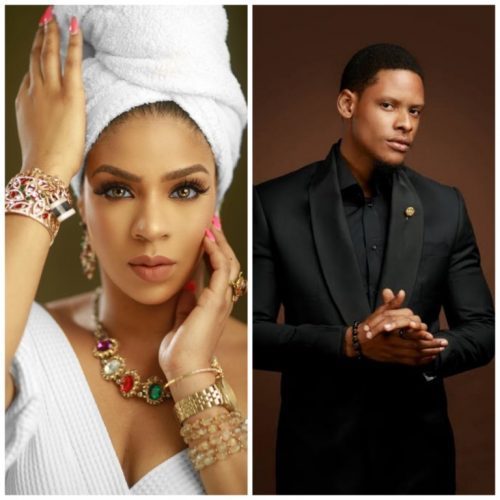 The introduction of the new housemates follows an announcement made by show host Ebuka, during Sunday’s live eviction show, regarding a “twist” in the coming week. The new housemates’ arrival into the house brings the present number of housemates to 16.

One of the first new BBNaija housemates is Venita, 32, a British-Nigerian Actress  known for her role as Mimi in the comedy hit series ‘AY’s Crib’. She is a mother of two, also a former video vixen before she got married and took time off the screen. Although she has since announced that her marriage is over.


Venita’s introduction has already seen sparks fly as she has struck an interesting relationship with the older housemates; the guys, especially Omashola, seem to be already fond of her.

The actress from Delta State described her personality as big and promised to bring a blend of confusion, fun, heat, and drama to the Pepper Dem House.

The second housemate introduced to the house is Elozanam, 33, a producer and also a popular social media personality known for viral Instagram skits. He is also an actor with roles in some of Nigeria’s popular TV series. Elozonam described himself as very goofy and playful and plans to bring more fun to the house.

Both housemates will now compete with the remaining contestants for the grand cumulative prize worth 60 million naira. The resident 14 housemates, who thought they were expecting visitors, were obviously shocked at the addition of two more housemates.

The new housemates raised expectations on what some fans already describe as ‘a boring fourth season’, hoping that Venita and Elozonam will add more life to the show.