Justin Bieber and his lover, Hailey Baldwin have sent out three different "save the date" for their 2nd wedding ceremony that they keep rescheduling. For now they have no plans of sending more, however, that doesn't mean they are giving up on having a religious wedding ceremony for friends and family. (Baldwin & Bieber already got legally married at a courthouse in New York City in September.)

An insider disclosed that they'll eventually have their wedding celebrated, but that, that's not their main focus right now. The source added that they have not sent out any new date and that they'll hold on until Bieber feels better and excited again about starting plans for their wedding. 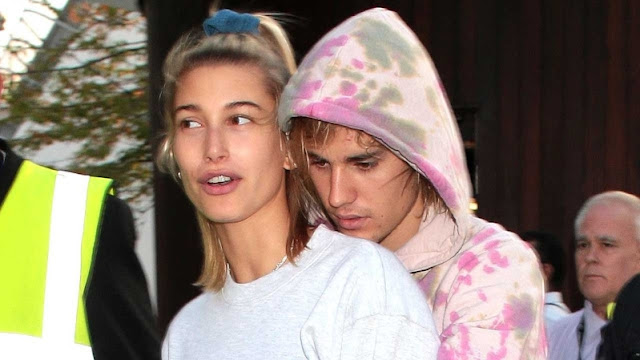 Bieber is currently focused on getting his treatments for his mental well being, and he's moving on both the East and West Coast. Baldwin is presently in Los Angeles with Bieber right now, and Bieber is said to be really "confident" about him getting better.

“Hailey isn’t putting any pressure on him at all," the source explained. "She only wants him to focus on his mental health.”

A second source added that Bieber is very well-supported and that Baldwin especially has gone above and beyond to prove her love for him.

“There are so many people who love and care for him and are helping him deal with what he needs to deal with, and Hailey is definitely one of those people. She is there for him in a way that you wouldn’t expect from a newlywed. She understands him deeply and is 100% ready to help him. He realizes how blessed he is to have her.”