Microsoft is reportedly launching a brand new disc-less Xbox One S next month. Windows Central reported that Microsoft will unveil an “Xbox One S All-Digital Edition,” with no disc drive and that preorders are expected to be available in the middle of April. From the month of May, this new console is expected to be available in stores, ahead of the Microsoft typical E3 show in June.

Rumor has it that Microsoft will be creating an option to ship the disc-less console with games already pre-installed, therefore, new Xbox owners can choose the games they wish installed before the console ships. 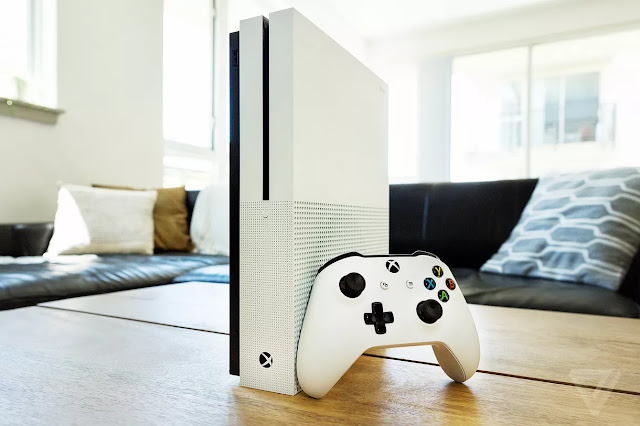 If the report is accurate, it means Microsoft’s disc-less Xbox One S will definitely be designed for digital copies of games. It will also mean that this new console is way cheaper than the existing Xbox One S because the costly Blu-ray drive is being removed. It also will be designed for services such as the Xbox Game Pass, that delivers games digitally.

Microsoft has aggressively been pushing its Xbox Game Pass a subscription service that will provide access to over 100 Xbox games. The software developer even started the launch of its first-party Xbox Game Studios, titles such as "Sea of Thieves" and "Crackdown 3" on Xbox Game Pass at exactly the same time as their retailing launch dates. Microsoft has not provided Xbox Game Pass subscriber numbers, but the company has disclosed that millions pay monthly for the service.

Microsoft is also getting ready its xCloud game streaming service. This streaming service will be using Xbox One S hardware in its servers, and then stream games to PCs, mobile devices and consoles. Microsoft is now planning to begin public trials of xCloud later this year, however, a digital-only version of this Xbox One S would, of course, be a good fit for the service.