Top 10 Most Populated States In Nigeria According To UN 2019 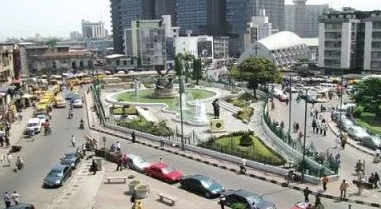 Nigeria which is fondly called ‘’Giant of Africa’’ ranks 7th position on the world’s most populous countries. There is no doubt that the total number of residents in the country has increased rapidly since the last national census which was conducted in the year 2006.

Due to the economic crisis faced by the country, she has been unable to carry out another national census which is aimed at knowing the current population of the nation. Nevertheless, the population of each state has been ascertained by the UN based on their recent report.

On today’s article, we will consider the top 10 states with incredible population number in the Nation Nigeria.

Ranking 10th position on the countdown is Benue State which is known to be the food basket of the nation. Having its boundary with Ebonyi, Adamawa, Enugu, and Cross Rivers states. The total number of residents is sighted at 7.8 million persons due to the inversion of the Fulani herdsmen that caused increase death rate.

Jigawa is one of the Northern states in the country which is majorly conquered by Fulani and Hausa tribe. During the last national census held, they recorded a figure of 4,348,649.

The state is known to be the light of the nation and has indeed replicated this by being the major state in the Igbo ethnic group to produce incredible movie stars and great politicians.

Significantly, the state is known for massive commercial activities of which Onitsha and Nnewi are regarded as the center of both commercial and industrial ventures.

This South Eastern state recorded a total of 4,005,048 resident at the last national census in the year 2006. But over time, has increased to 8.3 million.

2006 records show the total number of residents in the state was 4,653,066 but this figure has risen since the last census conducted by the federal government.

Katsina state came into existence during the military regime of Gen. Ibrahim Babangida in the year 1988. This state is home to the late president Umaru Musa Yar’Adua and President Muhammadu Buhari. The state is majorly an Islamic state.

Fondly called ‘’treasure base of the nation’’ is rivers state which is home to lots of multinational oil companies. In 2006 the state recorded a total of 5,185,400 residents in the state and has its capital city as Port–Harcourt.

Perfectly occupying the 4th place on the countdown is Kaduna state which is home to the prestigious Ahmadu Bello University Zaria, Federal Polytechnic Kaduna, The Nigerian Defence Academic (NDA), and lots more. Amazingly, this has state has over 50 ethnic groups and had 6,066,562 as its total number of residents in the year 2006. Significantly, this number has increased rapidly over the years to 12 million.

It is no surprise that Oyo state made it to the top 5 on the countdown. Significantly, the state has remained one of the populated states in the nation since the independence of Nigeria.

As reported by the UN, the state currently inhabits a total of 15 million persons as its population.

Kano state remains one of the largest in the Northern part of the Country. In the year 2006, kano recorded a total of 9,383,682 as its population and over the years there has been a rapid increase in their population.

Lagos State remains the most populous and busiest state in the nation due to its numerous commercial activities. As at 2006, the state recorded a total of 7,682,953 as the population of the state.

UN recent records show the state has a total of 21 million resident.