7 Steps to Build Your Million-dollar Business

“The first question to ask is ‘Does it solve a problem?” in accordance to KellyLester, an entrepreneur in New York City who in 2009 at her 50s founded an online store called Easy Lunchboxes, the store sells multi-compartment food containers, bento-style. It's been built to a business that has broken far more than $1 million annual revenue.

In her own case, she noticed that the plastic containers for lunch in the market were too big and unable to fit into the standard insulated lunch bags that her three kids used. Her design has a perfect fit.

“If you ever come up with something that solves a problem that there’s not already an answer for, you’re golden,” she says.

Lean into what you know 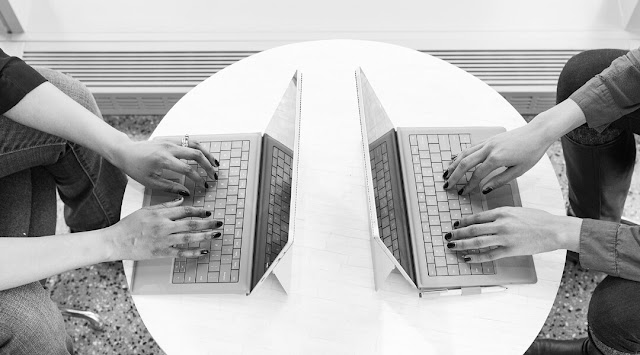 Frequently, what distinguishes high-earning small-businesses is that the owners specializes in a narrow and well-paying gig they know well. An example is Steve Ferreira, a 58-year-old founder of Ocean Audit, married with 3 kids.

Ferreira had worked in a shipping company for servral years as an auditor before quitting on his own in 2004. He knew that when stores made order from overseas, they always overpaid for sea shipping because of the mistakes on the bills.

There was lots of money to be made in helping big time retailers identify those errors as well as recoup the money. It was proven to be a lucrative business, whenever Ferreira spots an error (the bills were always public) he approaches the company offering to collect the excess-billed for 50% of the total amount.


With some errors reaching six figures, he has been able to build up his business to $1.7 million annual revenue, without any employees.

Ferreira had believed that one of his most powerful advantages was as a result of his deep knowledge of his field: sea transport.

That degree of deep knowledge is an advantage most people have once they've reach their 50s.

Keep a sharp eye on overhead

What many lucrative solo enterprises has in common is a smart approach to operations. The owners find creative means to extend what one person or two can do without eroding their profits.

Use low-cost and easy-to-use free apps or services available. Like Ferreira, he gained an edge by hiring a website developer to help automate his searche for errors in the documents that list
goods on a ship.

When Lester kick started the EasyLunchBoxes, she was looking out for a way to support her family—both her and her spouse are actors by profession. Without much budget for marketing, she made the most of social media platforms.

When she Noticed that food bloggers were taking photos of the meals they packaged into her lunch boxes and shared them on social media, she then shined a spotlight on these food bloggers by resharing their posts. in turn, she was also increasing awareness of her brand.

When Lester Realized that the social media does not ever remain static, she paid closer attention to trends, such as the rise of IG, she now has a strong presence there.


No matter what kind of business you do the key to success is making constant sales—and the way to begin that is to meet your customers where they are, where ever they hangout.

Johan Hattingh has shown us  that deploying even a little amount of startup cash in a very strategic way can help accelerate your growth, not minding how little you have to start with.

Hattingh started up an e-commerce store on Amazon in an area of interest to him: garden and home ornaments. He started with $700 to buy goods from a wholesaler he had found online.

He enjoyed his new business as he explored his ideas on a better way to getting things done. As sales began coming in, Hattingh recorded his best-performing products, weeding out the underachievers. Also as cash came in, he reinvested it on new inventory.

Don’t be afraid to start small

When Ferreira launched Ocean Audit, he noticed he had a lot to learn about how best he'll run his business. So he started really modestly. He's got his first client by voluntarily looking over a small firm’s bills—he quickly spotted out an $800 error.

“Today, $800 would be a big disappointment,” he says. Although at that time, making that first $400—his half of the money recovered — gave him a point to mention in convincing other clients.

One of the first questions you get asked is whether you have done this before,” he noted. You need to be able to reply, that you've done it for so and so.

Johan Hattingh is an excellent example of how cash should be managed, as his business got more positive reviews on Amazon, sales grew. But bigger revenues bring new challenges: One of the greatest challenges is always cash flow and staying ahead of it,” he says.

For every time you have to restock ensure you go a step higher, keep accurate book records, keep you accounting really simple, separate personal finances from business and build a cash reserve.